If you're head over heels about someone, it's clear that you've stumbled into a metaphorical somersault of love.

Generally speaking, our heads are over our heels most of the time, even when we're not in a state of unconstrained infatuation.

There actually was a time when "heels over head" was the norm. It first appears around 1400 and was turned around into "head over heels" sometime around the 1700s. 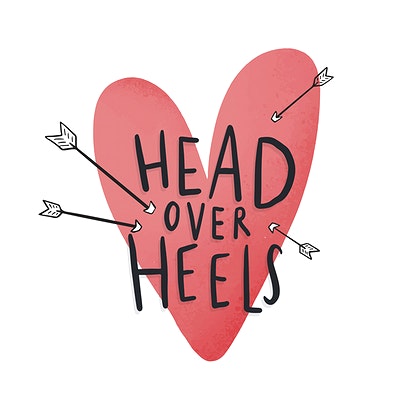 It's not entirely clear why this change occurred. In his blog World Wide Words, Michael Quinion says it may have been due to a series of mistakes by authors "who didn't stop to think about the conventional phrase they were writing."

The two versions of the expression seem to have co-existed for a little while. Quinion cites Davy Crockett's use of "head over heels" in 1834 but points out that L. Frank Baum consistently used "heels over head" in his Oz series as late as the early 20th century.

Although "head over heels" is the version we tend to use today, we quite like the sound of "heels over head." There's just something about it that sounds more poetic and evocative. Which version of the expression do you prefer?