UN: Half of Myanmar's Population May Fall into Poverty by 2022
The United Nations says the effects of Myanmar's political crisis and the coronavirus could push half the country's population into poverty by 2022.
The warning came in a report released last week by the U.N.'s Development Program (UNDP). It said as many as 25 million people, or nearly half the population, is in danger of dropping into poverty.
Both COVID-19 and the country's ongoing political crisis "are pushing the most vulnerable back and more deeply into poverty," the UNDP's Kanni Wignaraja told Reuters. She is Assistant U.N. Secretary-General and leads UNDP's operations in Asia.
The report noted that from 2005 to 2017, Myanmar was able to reduce its poverty level by about 50 percent. But those development gains are now "being erased in a matter of months," Wignaraja said.
Without a working democracy, "Myanmar faces a tragic and avoidable backslide towards levels of poverty not seen in a generation," UNDP Administrator Achim Steiner said in a statement.
Myanmar's political crisis began when the military overthrew the elected government of Aung San Suu Kyi on February 1. The government has used deadly force against individuals protesting against the military overthrow. Activist groups say more than 750 civilians have been killed in demonstrations across the country.
Before the military takeover, Myanmar citizens were struggling financially because of the coronavirus pandemic. The report showed that by the end of 2020, about 83 percent of families reported their incomes had been cut nearly in half because of the health crisis. 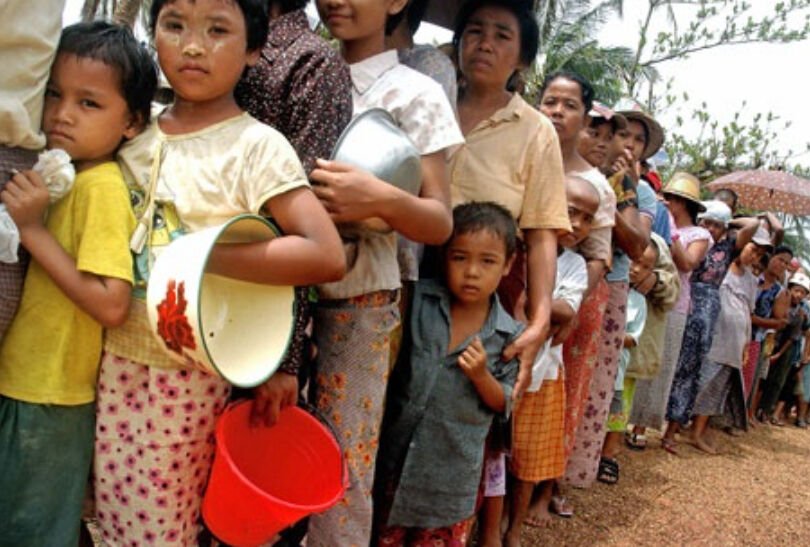 The report estimates that the number of people in Myanmar living below the poverty line increased 11 percent by the end of 2020. It adds that the country's poverty rate could rise an additional 12 percent.
Among the reasons for expected increases in poverty include Myanmar's worsening security situation and threats to human rights since the military takeover of the government. The report said poverty in the nation's cities was expected to increase by 200 percent.
Wignaraja said women and children are most affected by the country's continuing health and political crises. "Half of all children in Myanmar could be living in poverty within a year."
The report said security issues have severely restricted the movement of people, services, and goods, including agricultural products. In addition, pressure on Myanmar's currency, the Kyat, has increased the price of imports and energy.
The country's banking system is also weak. This has resulted in money shortages and limited availability to government assistance payments and remittance services.
The U.N. said that before the latest crises, nearly 1 million people in Myanmar had already been identified as needing humanitarian assistance and protection.
"As stated by the U.N. secretary-general, the scale of the crisis requires an urgent and unified international response," Wignaraja said.
I'm Bryan Lynn.