An Indian bride canceled her wedding after her groom recited the multiplication table of two incorrectly.

A bride and groom who wish to remain unidentified were supposed to have the wedding for their arranged marriage on May 1 in the state of Uttar Pradesh in India.

Skeptical of her future husband's educational background, the bride decided to test his knowledge during the ceremony.

When he failed to recite the multiplication table of two, the bride left, "saying that she could not marry someone who did not know basic math," reported INQUIRER.net. 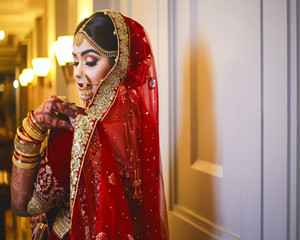 The bride's cousin stated that the groom's family did not inform them of his lack of education, adding that the bride was "brave" for leaving the wedding venue.

"He may not have even gone to school. The groom's family had cheated us," she said to the Tribune India. "But my brave sister walked out without fearing social taboo."

The two families came to a compromise which included returning all gifts and jewelry to the appropriate parties.